View all staff
Skip to next page 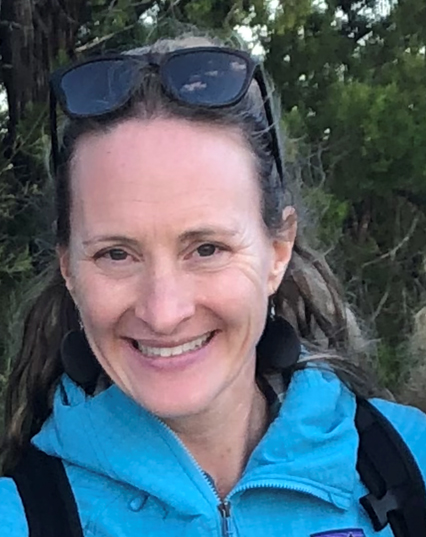 Beth is an outdoor grants manager for the Recreation and Conservation Grants Section. She has a bachelor's degree in conservation biology and a minor in environmental education from Prescott College in Arizona and a master's in land planning and design from the Conway School in Massachusetts. Some of her past work has been as a small business owner, environmental consultant, land use planner, landscape designer, volunteer coordinator, wildlife rehabilitator, farmer, horse trainer, and rock climbing instructor. Beth and her family enjoy spending time outside and exploring the Pacific Northwest. 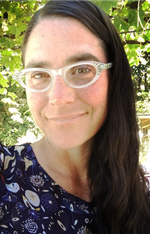 Amee joined RCO in 2014 to support the Salmon Recovery Funding Board and now is a salmon grants manager for the Green/Duwamish, Stillaguamish, and West Sound lead entity areas. Amee’s experience includes nearly 15 years working in the environmental field conducting wetland delineations and restoration work, identifying Washington native plants, and managing a native plant nursery. She earned her bachelor of arts degree from The Evergreen State College in Olympia. Amee has lived in Washington most of her life and enjoys hiking, dancing, and time with family. 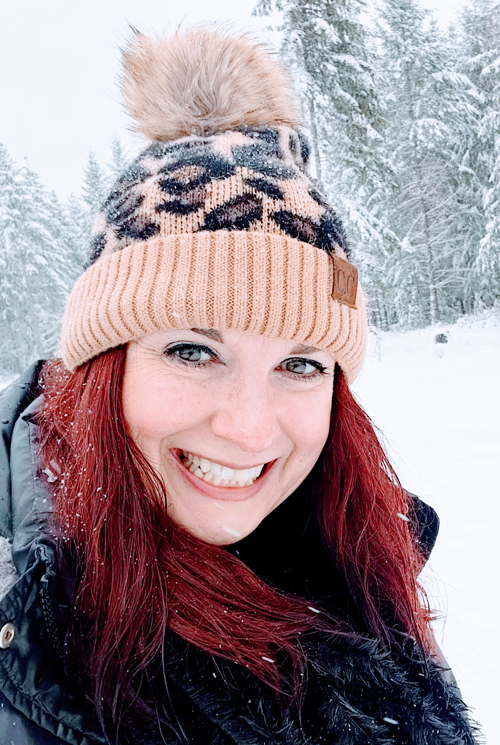 DeAnn joined RCO in 2018 as an outdoor grants manager for the Recreation and Conservation Section. She has more than 27 years of land acquisition and grants management experience gained from two natural resources agencies: the Washington Department of Fish and Wildlife and the Washington Department of Natural Resources. A native Washingtonian, DeAnn loves photography and live music and is an enthusiastic animal lover, and often spends her free time volunteering with a local Bloodhound Search and Rescue Team. DeAnn enjoys the great outdoors, particularly Washington’s deep forests and coastline as well as the Columbia River Gorge and the San Juan Islands. 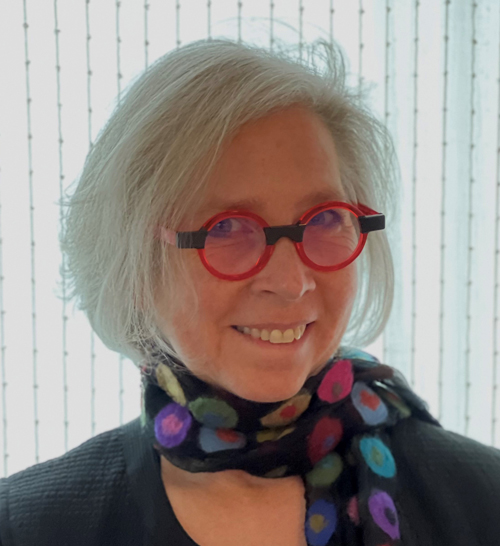 Elizabeth is an outdoor grants manager for the Salmon Section and covers the Duwamish/Green/Central Puget Sound, Lake Washington/Cedar/Sammamish, and Snohomish watersheds. Before joining RCO in 2009, Elizabeth worked with the Trust for Public Land protecting Puget Sound shoreline habitat for wildlife and people. She brings more than 25 years of experience managing complex environmental conservation and community development projects. Elizabeth moved from the Long Island Sound to Seattle in 1990, and she hasn’t looked back since. In her spare time, she works in her creek-side garden, and enjoys Seattle’s cultural riches.

Brandon joined RCO in 2019 as an outdoor grants manager in the Salmon Section, managing the Chehalis basin projects as well as other grants. He has worked as a fisheries technician with the U.S. Forest Service and with the Grays Harbor Conservation District managing restoration projects. Brandon has a bachelor of science degree in fishery resources from the University of Idaho and is pursuing a master's degree in fishery resources from Oregon State University. When not working and spending time with his family, he’s an avid outdoorsman and enjoys hunting, fishing, reading, and attempting projects around the house. 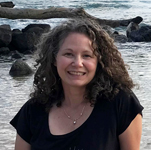 Kay is an outdoor grants manager for the salmon team and covers the Snake, Yakima, and Mason County lead entities. Before joining RCO, Kay worked as an environmental engineer for Battelle, King Conservation District, and the Washington Department of Fish and Wildlife. After returning to school to earn a degree in restoration ecology from the University of Washington, Kay worked as a plant health diagnostician for Washington State University and as a landscaper before joining RCO in 2007. Although a New Englander at heart, Kay has made her home in Washington since 1994. Kay pursues every opportunity to be outside playing in the dirt, hiking, backpacking, kayaking, camping, fishing, and venturing on roads less traveled. 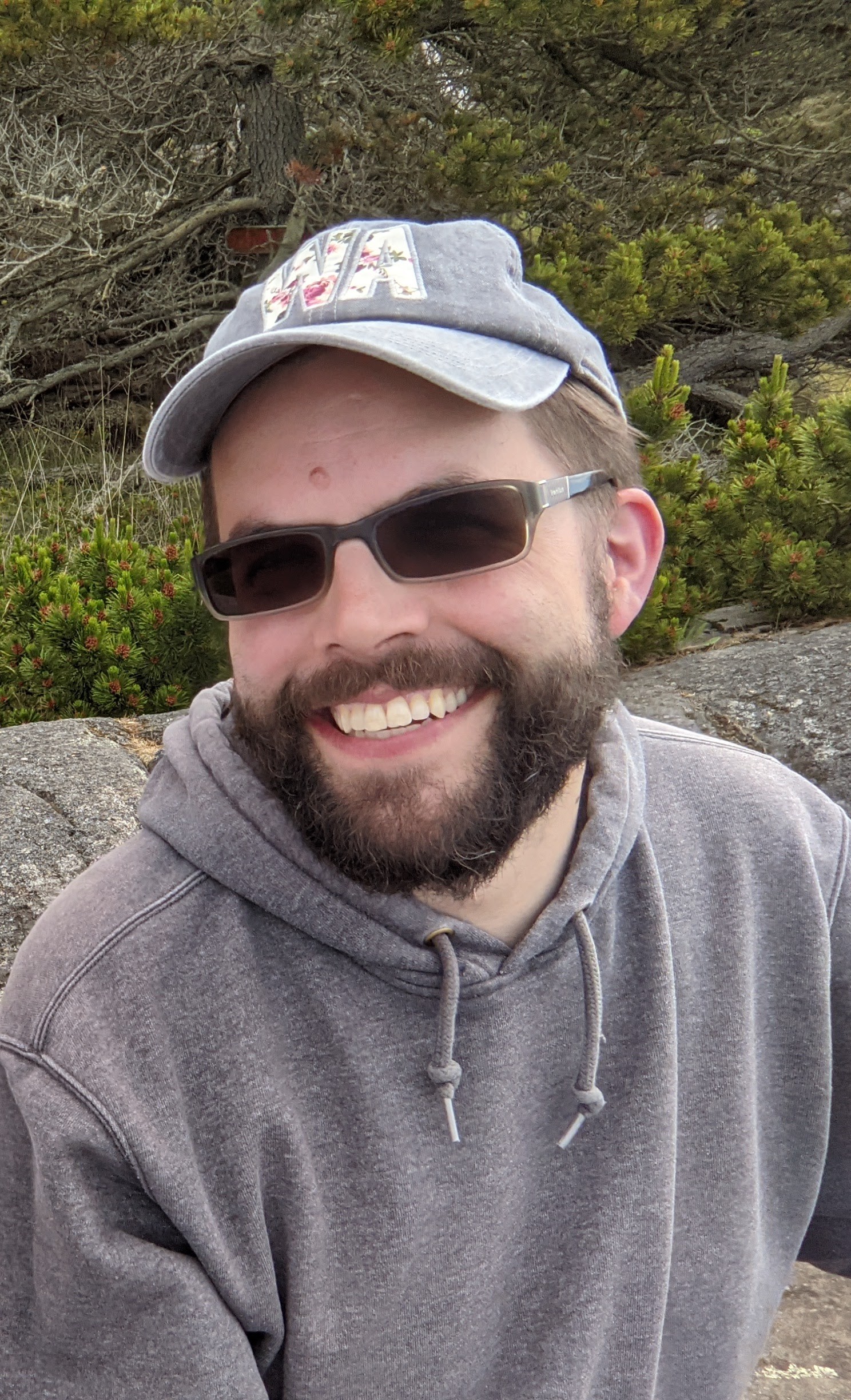 Brian joined RCO in 2018 as an outdoor grants manager for the Recreation and Conservation Grants Section. A Washington native, Brian has lived and adventured throughout the state. With his background in trails and park development, he serves Chelan, Douglas, Okanogan, and Ferry Counties; and the Mount Baker-Snoqualmie National Forest. Before joining the RCO team, he worked in camp management, government contract administration, and as an Adopt-A-Trail coordinator. Brian completed his bachelor’s degree in recreation and associate’s degree in computer programming. Eagerly pursuing new opportunities for learning and exploration, Brian often can be found in museums or on other adventures. Dave grew up exploring the hills and valleys of northwest Pennsylvania. From there he headed to Nebraska for a bachelor of science degree in geography and ultimately obtained a master of science degree in geography from Oregon State. He worked for a bit as a park ranger and then for 18 years at the Washington Department of Fish and Wildlife, where he focused on fish passage. He’s joined RCO in 2008, managing the Family Forest Fish Passage Program and Salmon Recovery Funding Board grants for Pend Oreille, Klickitat, and Pierce lead entities. In his spare time, Dave splits his time between kids’ soccer and baseball games and biking, skiing, and woodworking. 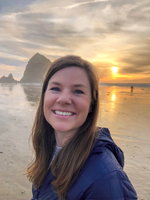 Allison joined RCO in 2018 as an outdoor grants manager for the Recreation and Conservation Grants Section. Allison was born and raised in Washington and considers both Spokane and Olympia her hometowns. She is a graduate of Willamette University in Salem, Oregon, and has her master’s degree in public administration from the University of Colorado. Before joining the RCO team, Allison spent 10 years in Colorado working at various nonprofit organizations, most recently at the Colorado Rural Health Center running a grant program through the Colorado Department of Public Health and Environment. In her spare time, she loves traveling, volunteering, concert-going, and spending time with friends and family. 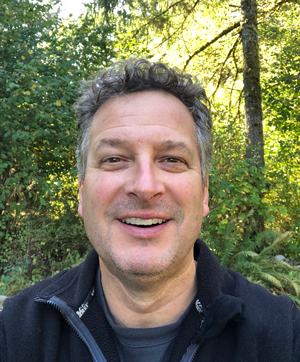 Marc joined RCO in 1999 as an outdoor grants manager for the Salmon Team. He manages projects in Chelan, Island, Okanogan, Skagit, and Whatcom Counties. Before coming to RCO, Marc was the shorelines and watershed planner for Lewis County, and a transportation planner for the Washington Department of Transportation. He earned a bachelor of arts degree in geography from Western Washington University. He was born and raised in western Washington and will probably never leave. Marc is blessed with a wife and four kids, who all love most things outdoors and sports related. Marc is happiest in the mountains…where he’s free. 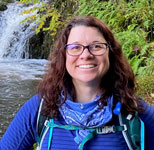 Alissa is an outdoor grants manager for the Salmon Team. Before joining RCO in 2018, she managed the state’s nonpoint source water quality grants program, where she worked on policy issues, grant database implementation, federal reporting, and grant administration and coordination. Alissa also worked in the solid waste program managing public participation outreach grants and the recycling hotline, among other duties, during her 11-year tenure at the Washington State Department of Ecology. She studied environmental science at Washington State University and received a bachelor of science degree with an emphasis in biology. Alissa grew up moving around the country as a military dependent but spent her formative years in Hawaii where she developed a love of the ocean. She landed in Washington and made it her home. She continues to play outside surfing, paddle boarding, snowboarding, camping, and hiking. Alissa enjoys a good laugh and travels as much as possible.

Alison has been with RCO since 2015 and is an outdoor grants manager in the Recreation and Conservation Grants Section. She earned her bachelor of arts and master of science degrees from Washington State University (Go Cougs!) and has experience working for land trusts and local government, providing a well-rounded background in conservation, farmland, acquisitions, parks and recreation, planning, and grant management. She services most of Eastern Washington, and enjoys exploring our beautiful state with her husband and three kids. Alison reports for duty in Colton, Washington allowing her to serve Eastern Washington well. 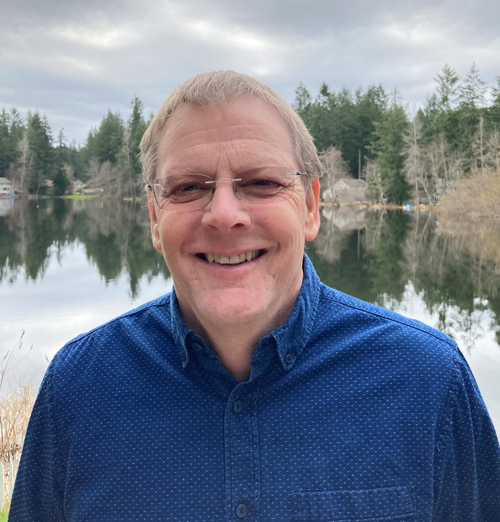 Dan joined RCO in 2004 as an outdoor grants manager in the Recreation and Conservation Grant Section. He works with the Department of Natural Resources, the U.S. Forest Service, and Snohomish County, focusing mainly on trail grants. Dan’s experience includes 7 years with the states of Utah and Idaho as a park ranger. He earned a bachelor of science degree and a master’s degree from Utah State University as well as a master’s degree from the University of Idaho. He was raised in eastern Washington and enjoys the outdoors. 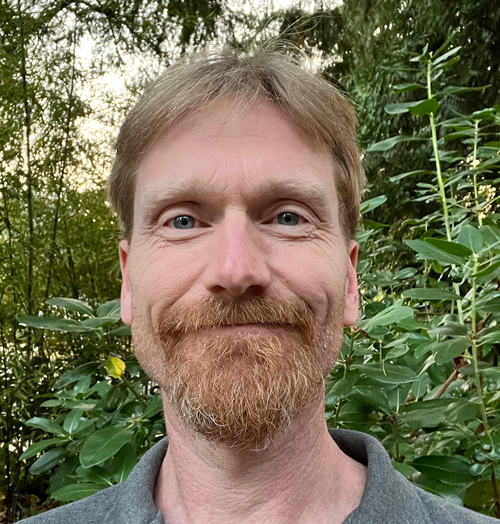 Karl joined RCO in 2009 and is a senior outdoor grants manager for the Recreation and Conservation Grant Section. He manages a portfolio of grants and assists with policy and procedure development. Before coming to RCO, Karl negotiated commercial real estate leases for the then-Washington State Department of General Administration, and worked on a variety of real estate transactions for the Washington State Parks and Recreation Commission. He earned a bachelor of arts degree from Western Washington University and a master degree in public administration from The Evergreen State College in Olympia. Karl grew up in western Washington and enjoys music, softball, hiking, and camping with his family. 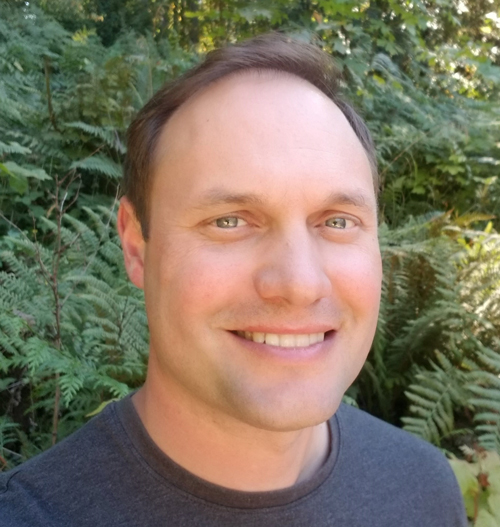 Josh joined RCO in 2015 as an outdoor grants manager in the Salmon Section. Josh came to RCO with more than 12 years of experience in natural resource assessment, conservation, and management, working throughout a wide range of western U.S. ecosystems from high desert to temperate rain forest. Josh earned his bachelor of environmental science degree from the Huxley College of the Environment at Western Washington University, and a master’s degree in plant systematics at Oregon State University. When not focused on work, Olympia area music projects, or backcountry pursuits, he and his wife are driven to complete wonderment and joyful exhaustion by their daughter and son. 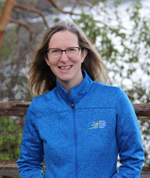 Kat joined RCO in 2010 as an outdoor grants manager with the salmon recovery program. Kat is now the senior grants manager and manages grants in the north Olympic Peninsula and San Juan Island lead entities. Before joining RCO, Kat worked in private land conservation. Kat studied natural resources at The University of the South in Sewanee, Tennessee and has a law degree and master’s degree in environmental studies from the University of Oregon. Kat’s love of the outdoors comes from spending summers as a kid hiking and camping in the Wallowa Mountains and Eagle Cap Wilderness of eastern Oregon. 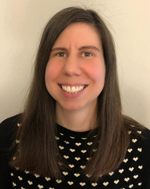 Alice joined RCO as a outdoor grants manager in the Salmon Section in 2013. Before starting at RCO, Alice managed water quality grants and coordinated environmental review at the Department of Ecology and also spent time working for the State of Indiana on water quality issues. Alice has a bachelor’s degree in environmental science from Rutgers University and master’s degrees in both natural resources management and public administration from Indiana University. In her spare time, Alice enjoys bird watching and singing. 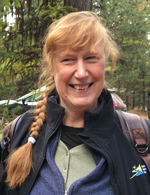 Kim is an outdoor grants manager in the Recreation and Conservation Grants Section specializing in programs related to conservation and farmland and forestland preservation. Before joining RCO in 2007, she worked at the Washington Department of Natural Resources in forest practices, habitat conservation planning, and timber sales. She came to Washington State after more than a dozen years working seasonal wildlife and conservation jobs with state and federal agencies across the United States. She studied wildlife biology at Colorado State University and has a master’s degree from The Evergreen State College. 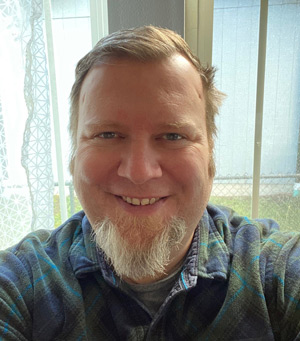 Jesse started with RCO in 2018 as an outdoor grants manager in the Recreation and Conservation Grants Section. He assists RCO’s partners and grant recipients with proposal development and project management. Jesse came to RCO with 18 years of natural resources management experience from two different agencies: Washington State Department of Natural Resources and the U.S. Forest Service. Jesse holds a bachelor of science degree in outdoor recreation management from Central Washington University. In his spare time, Jesse enjoys spending time with his family hiking, fishing, camping, and playing some acoustic guitar!